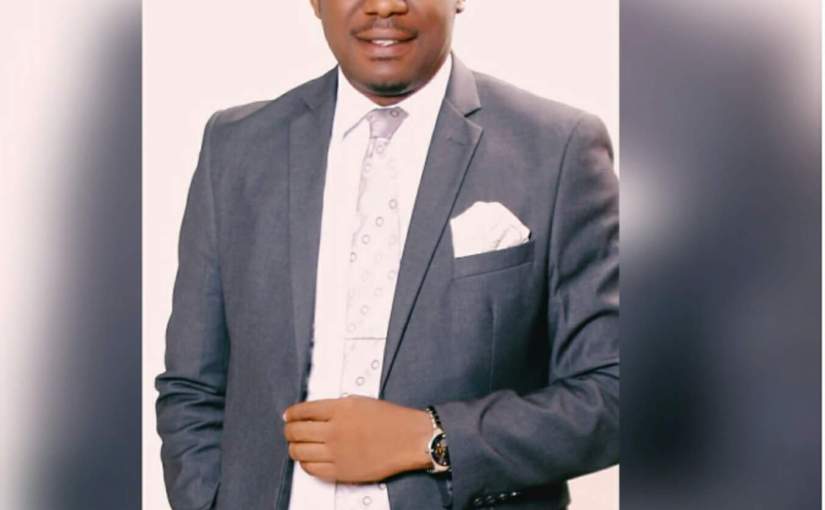 Mr President, Mohammadu Buhari came in with a veritable quantum of goodwill from major quarters of the country but He kick started on a wrong footing….

He came in and started fighting all manner of battles against every & any dissenting voices instead of building legacies & bridges.

Now there are carpetings & crosscarpetings accross party lines and Mr President who was initially distracting himself is now being distracted FOR REAL.

When Buhari assumed power in 2015, 4yrs seemed like forever but now, it’s only 6months to another general elections & The regime has little or nothing on ground. How Time flies..

Quite Alright, President Buhari might have had some pleasant intentions for Nigeria but He ended up fighting many battles that is making him lose his head in the crowd of time.

LIFE itself is a War Zone, Make Sure you’re picking your Battles carefully and wisefully.
Do not waste your energy and time on anything that won’t add to the reproducibility & productivity of your purpose & destiny.

You don’t have all the time, life & Time “IS” like a Vapour: In the end its not how many battle you might have fought that will count, it is the legacies that you build that will stand you out.

Ikyange who is a member of the All Progressives Congress (APC), was impeached after a motion of no confidence was moved by Honourable Richard Ujege, who represents Konshisha state constituency.

The move was backed by 21 members out of the 30-man Assembly.

The impeachment took place in the absence of the speaker but the Clarke of the House was present at the plenary.

Saraki had told lawmakers at the plenary that a solidarity visit would be paid to Ekweremadu.

A total of 36 Members of the House of Representatives on Tuesday dumbed the ruling All Progressives Congress, APC.

While 4 of the lawmakers from Oyo State optedfor Africa Democratic Congress, ADC, 32 others went to the main opposition party, the Peoples Democratic Party, PDP.Speaker Yakubu Dogara read their respective letters at the plenary.

Earlier a total of fifteen senators of the All Progressives Congress (APC) had dumped the party and defected to the opposition Peoples’ Democratic Party (PDP).

otal of 36 Members of the House of Representatives on Tuesday dumbed the ruling All Progressives Congress, APC.

While 4 of the lawmakers from Oyo State opted for Africa Democratic Congress, ADC, 32 others went to the main opposition party, the Peoples Democratic Party, PDP. Speaker Yakubu Dogara read their respective letters at the plenary.
Stay tuned for more details……. M

The letter Explains it very well

“Dear Senate President after due consultation with our constituents and stakeholders in our constituencies, in proper recognition of section 68(1G) of the 1999 Constitution as amended and with the fact our party, the All Progressives Congress (APC) is hereby emerging factions.

“We hereby inform the Senate that we the undersigned are changing our political affiliation from the All Progressives Congress (APC) to the Peoples Democratic Party (PDP). “We thank you for your exemplary leadership.

” Shortly after reading the letter, Saraki also announced that Sen. Murtala Nyako has also indicated his intention to leave the APC, bringing the total number of defectors to 15. With this number of new senators in the PDP, the party now holds the majority seats in the upper legislative chamber. Speaking after the defection, Saraki who expressed displeasure at the siege on his residence and those of other lawmakers, said that it was uncalled for. “People have the freedom of association.

I have been sitting down here and more than 15 senators have decamped or defected to one party or the other. There was no siege on their residence,” he said.

The mass defection was announced on Tuesday by Senate President Bukola Saraki during plenary.

This was after Senate Leader Ahmed Lawan failed in his appeal to the senators to remain in the APC.

The police Tuesday morning blocked the Senate President Bukola Saraki’s convoy at Lake Chad junction in Abuja. Saraki’s residence is located on the Lake Chad road. He was reportedly on his way to report to the police headquarters upon the last night invitation by the police. The Inspector-General of Police (IGP), Ibrahim Idris,

on Monday asked Saraki to appear at the office of Intelligence Response Team (IRT) office in Abuja, over the robbery incident that took place in Offa, Kwara state, in April this year. In a letter dated July 23 and addressed to Saraki, Idris asked the Senate President to be at IRT’s office at 8am on Tuesday “for further investigation”. Meanwhile, Saraki has stated that the invitation to him by the Police to report to a station in Guzape over the Offa robbery investigation is a mere afterthought which is designed to achieve political purpose. Saraki in a statement by his Special Adviser on Media and Publicity, Yusuph Olaniyonu, stated that he has it on good authority that the Police had already decided on the suspects to arraign in court in Ilorin, Kwara State on Wednesday based on the advice of the Director of Public Prosecution (DPP), Mohammed U.E. and that the turn around to invite him was a ploy aimed at scoring cheap political points. “I have been reliably informed that the police invitation was planned by IG as a ploy to stop an alleged plan by some Senators and House of Representatives members from defecting from the All Progressives Congress (APC). It was also said that if I was detained between Tuesday and Wednesday, that will abort the so-called defection plan.

“While I continue to maintain that the issue of my position on the 2019 elections is not a personal decision for me alone to make, it should be noted that all these concoctions and evil plot cannot deter me. Those behind this fresh assault will fail as I have nothing to do with the robbery incident or any criminal matter for that matter.

“I am aware that following a request made by the Police on June 13, 2018 to the Director of Public Prosecution (DPP) of the Federation had written a legal advice dated June 22, 2018, in which he stated on page 5, paragraph (f) that “For the Senate President and the Kwara State Governor, this office is unable to establish from the evidence in the interim report a nexus between the alleged office and the suspects”. No

“The Police have obviously corrupted and politicized their investigations into the Offa robbery incident. They have turned it into an instrument for the party in power to suppress perceived opponents, witchunt issue for blackmailing people from freely choosing which platform on which they want to pursue their ambition and a matter for harassing the people whose exit from APC would harm the chances of the party in the forthcoming elections.”