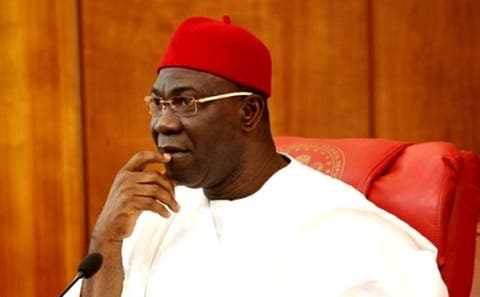 Mr Ekweremadu was said to have arrived at the anti-graft agency’s office in Abuja between 9-10:00 a.m.

“He is currently at the interrogation room,” a source told PREMIUM TIMES. Another EFCC staff also said Mr Ekweremadu is with anti-graft detectives, but could not say when he would be released.

“We have some questions for him bordering on corruption,” a source said. “But we do not know yet when he would be released, we will know this by 5:00 p.m.”

Mr Ekweremadu has faced multiple allegations of sharp practices in recent years, including claims that he forged Senate standing rules which led to the controversial election of principal officers in June 2015.

He has also been accused of owning multiple properties abroad, some allegedly purchased using shell firms and political associates fronting for him.

Mr Ekweremadu strongly denied all allegations of corruption, alleging political persecution and daring anyone with evidence of sharp practices against him to come forward.

Mr Ekweremadu’s spokesperson, Uche Anichukwu, did not immediately have comments for PREMIUM TIMES about the development, saying he was “boarding” a flight.

Wilson Uwujaren, a spokesperson for the EFCC, said he would need some time to find out details of Mr Ekweremadu’s presence at the anti-graft office.