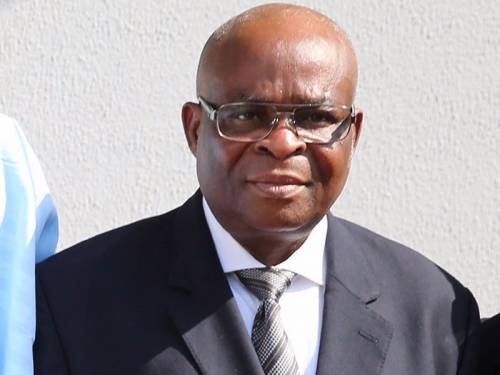 fears he could be suspended by the council.

The NJC held its 87th meeting on October 3 and October under the chairmanship of Onnoghen. At the end of the meeting, it recommended the appointment one Supreme Court Justice, three chief judges, three other judges of state high courts and a judge each for the Sharia Court of Appeal and the Customary Court of Appeal. The 88th meeting was to hold on Tuesday January 15, 2019.

But days earlier, the Code of Conduct Bureau (CCB) had slammed fraudulent asset declaration charges against the CJN at the Code of Conduct Tribunal (CCT). Afraid that the NJC could suspend him because of this, Onnoghen — despite knowing that NJC members were already in Abuja for that purpose — postponed the meeting.

Notice of the postponement, served by Soji Oye, NJC’s Director of Information, read: “Sir/Ma, I am directed by The Honorable, The Chief Justice of Nigeria and Chairman of the National Judicial Council, Hon. Justice W. S. N. Onnoghen, GCON to inform you that the 88th Meeting of the Council slated for Tuesday 15th, January, 2019 has been postponed to a later date to be communicated to you.

“Any inconvenience this might cause you is highly regretted. Please, accept the assurances of the high regards of His Lordship, Hon. Justice W. S. N. Onnoghen, GCON.”

A source familiar with the development told SaharaReporters that Onnoghen took the step after advice from his lawyers, knowing the antecedent of the council.

“On June 15, 2018, the members of the National Judicial Council had assembled in Abuja to attend the statutory meeting if the body. To the surprise of the members the embattled Chief Justice of Nigeria, Justice Walter Onnoghen decided to postpone the meeting indefinitely,” he said.

“Even though no reason was adduced for the postponement of the meeting, Justice Onnoghen was not sure that the body would not suspend him until the conclusion of the case of false declaration of assets pending against him at the Code of Conduct Tribunal. The fear of Justice Onnoghen is not unfounded as the National Judicial Council has placed all judges who are on trial on suspension pending the conclusion of criminal cases filed against them as a result of the 2016 arrest of judges for corruption.

“Justice John Okoro of the Supreme Court was recalled from suspension because he was not charged with any offence while Justice Ugwuta has not been recalled from suspension. As Justice Onnoghen would have been interdicted if the National Judicial Council had met he was advised by his lawyers and close confidants in the judiciary to shift the meeting till a later date when the coast would become clear. The Chief Justice followed the advice and directed that the meeting be postponed.”

Onnoghen has shunned the two sittings of the CCT so far, the tribunal setting aside subsisting orders of a Federal High Court and the National Industrial Court (NIC) restraining it from proceeding with the case.

At the last sitting on Tuesday, Justice Danladi Umar, Chairman of the CCT, ruled that the order issued by the two courts directing the tribunal to discontinue the case are not binding on the tribunal.

He declared the orders null and void, holding that the tribunal was established by the constitution and could not be stopped by orders of the two courts.

He therefore ruled that the tribunal would proceed with the case, and he directed the defendant to move his preliminary application challenging the jurisdiction of the tribunal.